Interesting views about the Union Budget were discussed at the Markets and Economy 2020 an annual post-budget analysis conducted by United Way Chennai, on Friday, 8th February. The event took place at ITC Grand Chola, Chennai. With a comprehensive talk by Dr. T V Somanathan, Industry leader and past CII President, Mr. Seshasayee and PM’s Economic Advisory council member, Dr. Anantha Nageswaran debated the recent monetary measures, trade as well as the prudent fiscal measures of the budget. The event witnessed a conglomeration of around 400 top economists, investors, financial experts and the business community of Chennai, setting off discussions the markets and general investment opportunities in the country.

At a time when the markets are at an all-time high, while the economy has slowed down, the 9th edition of United Way Chennai’s Markets & Economy 2020 was based on the theme, “Is the market view in divergence with the real economy?”

This event is also United Way Chennai’s annual fundraising event and funds raised this year will be invested in 4 mega development initiatives in Tamil Nadu – building accessible schools for children with disabilities, setting up rainwater harvesting in 100+ Govt. schools across Tamil Nadu, early education at Anganwadi centers, rejuvenating water bodies such as lakes and ponds and creating a minimum of 100 acres of urban forestry in Chennai. With disability as its key focus area of impact, United Way Chennai had designed the event as an accessible and inclusive one. A sign language interpreter translated the proceedings to the differently-abled segment of the audience, in sign language.

In this South India’s biggest discussion of its kind, the keynote address was delivered by Dr. T.V. Somanathan, Secretary (Expenditure), Ministry of Finance, Government of India.

Speaking about the Budget, he said that it was designed to provide prudent fiscal stimulus without compromising on macro-economic stability. He said that the approach was more qualitative rather than quantitative, focusing on agriculture, infrastructure, and road connectivity into villages such as introducing refrigerated coaches for perishables.

He also pointed out that the revised expenditure in the current fiscal year is 16% plus higher than the previous year, which in itself is a stimulus for the economy and expected increase growth.

Dr. T.V. Somanathan highlighted that concentrating on domestic investment and consumption would be the key to reviving the Indian Economy in the coming years, especially considering the international events like Trade War between US & China, uncertainty due to Brexit, the slowdown in the auto sector, etc.

The ensuing panel discussion was led by Mr. R. Seshasayee, former Chairman of Ashok Leyland along with Mr. Anantha Nageswaran, a Non-permanent member of the Economic Advisory Council to the Prime Minister. Dr. T.V. Somanathan also joined the discussion to express his views. Throwing the field wide open, Mr. Seshasayee initiated the discussion on the consequences of increasing import duties and focusing on domestic investment.

Dr. T.V. Somanathan maintained that while increasing import duties by 5% is hardly a protectionist measure, he explained that developed economies worldwide have traditionally been protective during their growth years.

Referring to the US and the Asian Tigers, Mr. Anantha Nageswaran agreed that these countries grew rapidly while having high import tariffs and pushing exports.

The panel concluded the discussion by stating that while it may be unrealistic to expect super growth numbers, we can anticipate a growth rate of 6 to 6.5% in the coming year.

The panelists were confident and maintained that the investment climate is still good. They called on individuals to adopt a more holistic and long-term approach when it comes to investing. Infrastructure was seen by many as a good growth sector for some time to come. The panel also highlighted good debt investment instruments and shared examples of how not just the AAA-rated options bur A+ debt opportunities also provided lower risk and meaningful returns.

Talking about neglected opportunities in Large-cap funds, Mr. Anish Tawakley from ICICI Prudential AMC sai, “People are basically going after stocks that are perceived to be safe. Anything that is seen as slightly risky, are PSUs or is dependent on a cycle though is a good company is not being touched at all.”

Expanding on Dr. T.V. Somanathan’s point, the panel suggested that investing in infrastructure and construction is a good diversification because there is a lot of stimulus in these sectors.

This post-budget analysis event is conducted every year by United Way Chennai where leading finance stalwarts, fund managers and industry experts analyze issues such as macroeconomic policy, investment strategy, and capital markets. Notable speakers at the event in the past have been Mr.P.Chidambaram, Arvind Datar, Smt. Arundhati Bhattacharya, Dr.C.Rangarajan and Parthasarathi Shome.

Using the funds raised during the past editions of this event, United Way Chennai has transformed around 6 lakh lives across Tamilnadu in areas of education, health, and sanitation, disability, environment, income and livelihood. Giving away the UWC Annual Awards as part of the event, Ms.Archana Raghuram, Executive Director, and CEO, United Way Chennai highlighted how the 360-degree partnership approach of working in tandem with the Government, corporates, civil society, and the community has strengthened the impact of the CSR projects executed by United Way 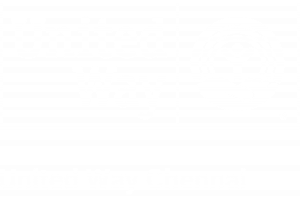